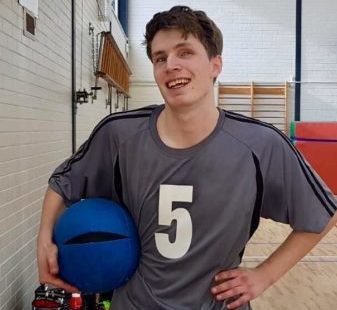 Not even six matches completed of the Winter League and already the first casualty of the season was laid to rest. In the hype of the second match of the day between Men’s sides and cross town rivals South Kingsville and Malvern, the game ball was split wide open after one particularly aggressive passage of play. Malvern Number 6 and all rounder Sam Byrne fired a bounce ball down to the grey team only for it to be cleanly trapped by South Kingsville’s Number 5, Daniel Pritchard who returned the ball with veracity and accuracy catching Byrne out of position and slotting it between him and his left winger to score. Immediately upon impact with the back of the net, players from both sides questioned an audible popping sound which appeared to have come from the ball. Referees carried out an inspection and found that a large split had occurred along the seam leaving a gaping big hole.

There is some controversy over who actually caused the ball to split. It is uncommon for a quick return, particularly a flat quick return to cause a ball to tear in half and thus there is speculation that it was Byrne’s bouncer that caused the crack in the ball but due to the rapid passage of play, it was not discovered until after the ball had come to rest inside Malvern’s goals. Byrne graciously gave the credit and the spotlight to Pritchard but it would be Malvern with the ultimate victory winning that match by mercy in the second half. Or would it? A lack of numbers for Malvern saw Byrne left by himself in Game #6 with no choice but to forfeit the match 10-0 to South Kingsville. Further adding to the irony, the scratch match played in place of Game #6 was won by Byrne and his team of fill ins 14-4.

The events that took place in the rematch later that afternoon were a little more conventional with Byrne being joined by a teammate to be able to take to the court. South Kingsville with four players, cleared their Number 8, Frank Tuiloma to move across to Malvern to create a three on three contest. It was a move that saw a hotly contested match between the two sides with Malvern packing the fire power and South Kingsville, the tactics. At the main break Malvern were beginning to pull ahead at 12-7. The goals came thick and fast in the second half and although South Kingsville were able to double their score to 14, the combined power of Colin Townsend, Thien Autran and Daniel Pritchard were no match for Byrne, Tuiloma and the Number 5 fresh from the soccer pitch who pulled away to 20 to close the match.

While the Men’s Division were busy splitting balls, the Mixed Division were busy splitting hairs. Two tightly contested games saw Yarraville and Malvern East attack Game #5 and Game #7 with power and precision. Game #5 would go the way of the Maroons of Malvern East taking charge of the match at all times leading 7-4 at half time to then extend that lead to 12-7 at full time. Game #7 will be one to remember with Yarraville taking a firm command of the situation early on for the first time all season getting the side to a half time result of 8-2 over Malvern East. Goal by goal in the second half, the combination of Yuto Kawai, Brooke Carter, Sam Valavanis and Emma Jago brought the game back. 8-3, 8-4, 8-5 and eventually, 8-8. Malvern East locked down their defence and Yarraville had no answers. Malvern East then not only having come back from 8-2 to level the score, continued their offensive rampage opening up a scoreboard gap by full time. Malvern East ended the match with 16 to their name while Yarraville were only able to recover one goal ending their match with a total of 9.

Yarraville might have better luck finding their feet in the third week of Winter League. Details for the competition on the 4th of August can be found on the Facebook event at www.facebook.com/events/197913164398918/